The cases the firm has handled over the years are too numerous to list or describe here. However, we will try to provide a representative sample to give you an idea of how we practice law and represent our clients. 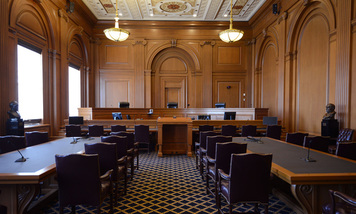 ﻿         ﻿ In this case, we represented a nurse aide who worked for a major hospital operated by the City of New York. Our client worked for the City hospital through more than one employment agency but was not paid for all the overtime hours she worked each week. We filed a lawsuit against the City hospital claiming that our client was jointly-employed by the City hospital as well as the employment agencies and that the City hospital was also responsible for paying the overtime wages owed to our client. The City of New York hired a major national law firm which vigorously fought us each step of the way with some of its top lawyers. However, the federal district court ruled in our favor, held the City hospital liable, and awarded our client her overtime pay, liquidated damages, as well as attorney's fees. After the City appealed, the federal appellate court upheld the judgment in our client's favor. Interestingly, the appellate court asked the United States Department of Labor to state its views in the case and the government agreed that the decision in favor of our client was correct. This is now one of the leading labor and employment cases in the United States Court of Appeals for the Second Circuit which covers New York, Connecticut and Vermont.﻿﻿ 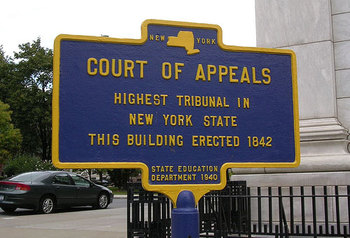 In this case, we sued a major hospital on behalf of our client. After discovery and depositions, the parties agreed to settle the case during a court conference. After the settlement was reached in court, the defense counsel sent us a proposed written agreement but it was not accepted by Plaintiff. Even though there was no dispute as to the settlement amount agreed to in court, certain of the terms and provisions in defendant's proposed written agreement after the in-court settlement were simply not acceptable to the Plaintiff. The defendant made a motion and the court granted its request and directed Plaintiff to sign Defendant's proposed agreement. However, we felt that the trial court's order clearly violated the applicable law and we appealed to the second highest court in New York and we lost. Nonetheless, because we believed we were not just right, but clearly right, we asked the highest court in New York (The New York Court of Appeals) to take the case. Even though New York's highest court only accepts less than ten percent of the cases it is asked to take, it granted our request and agreed to review our case. In a unanimous decision, the NY Court of Appeals ruled in our favor and overruled the two lower courts that had ruled against us. This case shows that we will spare no effort in fighting for our clients and will take a case all the way to New York's highest court if we have to. This is now probably the leading case in New York governing in-court settlements and affects tens of thousands of in-court settlements that occur in New York's courts each year.

In this case, we represented a client who worked as a security guard for a multi-national corporation with thousands of employees. One of the main reasons we took this case was to test and clarify the interpretation of New York's spread-of-hours law which requires an additional hour of pay for each day that an employee works more than or 10 hours or had a break or split in the shift of more than one hour. The Defendant relied on an opinion letter from the New York State Department of Labor and the question for the trial court and the appellate court was whether to defer to this opinion letter and both did. However, after the appellate decision, at our request, the NYS Department of Labor in effect confirmed that the opinon letter relied on by the courts was erroneous and while the Department did not adopt the position we wanted, the change was enough for us to ask the Court to reconsider its decision. Before we could do that, the Defendant settled with our client. As best we know, this case is the only appellate case dealing with New York's spread-of-hours law. Significantly, the NYS DOL has now adopted our "regular rate" view of spread-of-hours pay with respect to employees in the hospitality industry - restaurants and hotels. It will not surprise us if the NYS Department of Labor build on this move and eventually adopt our view of spread-of-hours pay as to all otherwise eligible employees in New York State. This case shows that we are willing to be trailblazers in clarifying, protecting and increasing the rights of workers. 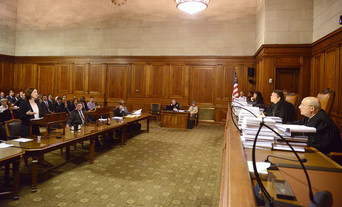 In this case, we represented a medical doctor and sued on his behalf. We obtained a default judgment which was later vacated by the trial court at Defendant's request. Even though a trial court has significant discretion in deciding to vacate a default and even though an appellate court will generally defer to the exercise of such discretion, we felt that the legal requirements for vacating the default clearly did not exist and we appealed the decision to vacate the default. The appellate court ruled in our favor, reversed the trial court and reinstated the default in favor of our client. This case shows that even when the traditional odds are low, we will persist if the law and the facts favor our position. 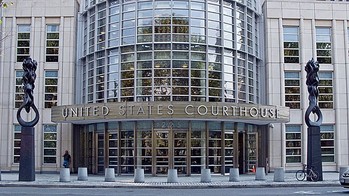 In this case, we represented a client who worked for an interstate armored car company and who was not paid overtime wages – he was paid straight time for all hours worked. The defendant invoked the motor carrier exemption as the reason for not paying overtime. However, while the exemption may have applied to many of Defendant’s workers, we correctly took the view that in this case, applying the exemption in a sweeping fashion to include our client was legally wrong and that the employer needed to evaluate the duties of our client as an individual. A careful examination of our client’s duties in light of the legal requirements of the law revealed that he was not exempt and should have received overtime pay. The defendant vigorously opposed us and we went to trial. After a hotly contested trial before a federal judge, the court ruled in our favor and rejected the exemption defense. Furthermore, the court found that the defendant did not act in good faith. We were able to recover the overtime wages owed to our client, plus liquidated damages and attorney’s fees from the defendant. This case shows that we will give each client’s case the individualized attention and evaluation it deserves regardless of labels and generalizations. With us you are not just a number – your case is as important to us as it is to you.

In this case, we represented a client who worked as a security guard for a construction company and who was not paid overtime wages. After we sued on his behalf to recover his overtime pay, the Defendant claimed that someone else employed our client for part of the period in question and that our client was paid for the hours he worked. The defendant even produced alleged records, purporting to show our client’s signature, which if they were authentic, would have supported defendant’s story. We conducted two jury trials in this single case. In the first trial, it took the jury only about fifteen minutes to issue a verdict agreeing with us and finding that the defendant did employ our client for the entire period in question. In the second trial, it took a different jury less than one hour to reject the defendant’s documents and testimony and find that our client was owed overtime wages for the entire period in question. This jury also found that the defendant did not act in good faith. This case shows that we will not be obstructed by documents and testimony we reasonably believe are not authentic and true and will even do two jury trials in one case if we need to in order to establish the truth and prove our client’s case.
Copyright 2022, All Rights Reserved
Abdul Hassan Law Group, PLLC, 215-28 Hillside Avenue, Queens Village, NY 11427
Disclaimer and Attorney Advertising Notice: Prior results do not guarantee a similar outcome. This website has been prepared by the  Abdul Hassan Law Group, PLLC,  for informational purposes only and is not legal advice. This website and the information in it is not intended to create, and receipt of it does not constitute an attorney-client relationship. Internet subscribers and online readers should not act upon this information without first seeking professional legal counsel. Do not send us information until you speak with the firm and and obtain specific authorization to send that information to us.